Hidden Hazards around your home

We all love our homes and want them to be a safe haven from the world. However, there are a few things inside that could actually be harming us. If you are thinking of doing home renovations, be careful of unseen hazards which could be hiding in your home. You may be at risk of harming yourself or those around you if you disturb a hidden hazard.

Those most at risk are people carrying out home maintenance or renovations themselves as they may not be trained on how to look for the hazards and deal with them. It is something which is not talked about much, especially on home reno shows on tv, so I decided to highlight these hazards to raise awareness.

Asbestos is a group of six naturally occurring minerals mined from the earth. Some of these minerals have been mined in Australia for many years. Asbestos was widely used all around the world in building products and is still used in some countries today. It was introduced to Australia in the late 1800s and was added to cement products from 1920s. Australia had one of the

Asbestos started to be restricted in Australia during the 1980s and was completely banned on 31st December 2003 due to the health risks it poses (1999 in UK). In the United States, asbestos containing materials are still allowed if asbestos makes up only 1% of the materials.

Where can you find asbestos around the home?

If your home was built before 1990, it is highly likely that there is some asbestos containing products somewhere. Common places asbestos products were used in homes are:

The issue with asbestos is that exposure can cause cancer and a chronic lung condition called asbestosis. It is not known how much asbestos exposure it takes to cause these health issues, so it is recommended to avoid it altogether. The worrying thing is that it can take twenty years between exposure and health issues presenting themselves.

Why was asbestos used in building products?

I bet you are wondering, if it is so harmful, why was it used so widely? Well, it can take a long time before symptoms of asbestos exposure can be seen, sometimes decades. The full extent of the hazard asbestos posed to human health was not realised until around the 1970s.

Asbestos was used as an additive to many building products because it has useful properties for such as:

How does asbestos affect your health?

It was used in building materials for its fire protective and waterproofing properties. However, if the fibres enter your body, usually by inhalation, it can cause the following issues:

What to do if you’ve been exposed to asbestos?

If you suspect you have been exposed to asbestos, consider registering your details on the National Exposure Register. Following that if the suspected exposure took place in the workplace:

If the suspected exposure took place outside the workplace (home or community):

You could also arrange an appointment with your GP to discuss the associated health risks and request advice regarding any health assessments that your GP considers appropriate.

Lead is a naturally occurring heavy metal which was added to paint as it was an effective colour pigment, and it made the paint tough and durable. It was also used in pipes for plumbing. However, it is highly poisonous to humans and animals.

If your home was painted before 1970, it is highly likely that it contains lead-based paint. In Australia, the amount of lead which could be added to paint was reduced in 1965 from 50% to 1%. In 1992, the Australian Uniform Paint Standard further reduced the amount to 0.25% and in 1997 reduced it further to 0.1% which is the current level today.  This level is still quite high; in comparison, America, banned lead in paint for residential use in 1978 and has a limit of 0.009% today.

How does Lead affect your health?

Lead can be a hazard to health as it is highly poisonous to humans and animals. Once lead is in the body, it accumulates, and is stored in the bones which can cause lasting damage. It is especially harmful to children and has been linked to the following issues:

Where is lead found in the home?

Lead-based paint is the most common lead hazard to health today. It is mostly found in homes built pre-1970 on window and door frames, skirtings, cupboards, banisters and anywhere where an enamel paint might be. It can also be found on exterior walls, gutters, metal surfaces and fascia. Pink and red primer also contain lead.

Lead can also be found in soil. This could be left over from when petrol contained lead which has accumulated in soil over time or – in older housing areas – from a build-up of flaked paint, or from local factories.

Lead was the first metal mined in Australia in Glen Osmond, South Australia in 1841. Since then, Australia has had several lead mines throughout the country and today is the world’s leading producer and exporter of lead. Places where lead is mined such as Broken Hill (NSW), Mt Isa and Hilton (Queensland), and McArthur River (Northern Territory) are particularly at risk as here, lead can be found in the air, dust and rainwater tanks, however the risk to the environment has been greatly reduced in the last 20 years.

How to test for lead

If you want to renovate your home, if it was painted pre-1970, assume the paint contains some lead. To be sure, get a test kit from the hardware store or order a laboratory lead test. The video below from the Painters Institute shows how to undertake a home test kit.

What to do if you’ve been exposed to lead?

If you think you or your family have been exposed to lead, you should see your GP and they may refer you for a blood test to see how much lead is in your body. As lead accumulates in the body, the more exposure you have, the more harmful the effects can be.

Whilst the hidden killer is not exactly the wood heater itself but the harmful chemicals emitted when the wood is burning inside. We all seem to have a romanticised idea of sitting around a nice cosy wood fire; however, the burning of wood can release particles and gases into the air which are harmful to our health and contribute greatly to air pollution.

The main culprits in wood smoke are Particulate Matter (PM), Carbon Dioxide, Carbon Monoxide, Nitrogen Oxides, and other compounds such as Formaldehyde, Hydrocarbons, and Benzene. If you are burning wood which has been painted or treated, other harmful chemicals can also be released.

Ask any asthmatic during winter and you will see just how much this wood smoke can affect your lungs. It can also worsen pre-existing heart conditions. Long-term exposure to these chemicals can cause heart and lung disease. A wood heater can emit twice the amount of harmful Particulate Matter (PM2.5) into the air than a diesel engine!

How are wood heaters bad for your health?

The health problems associated with wood heater smoke include:

The smoke can also contribute to pollution and affect the air quality inside your home and in your local environment.

What to do if you are affected by wood heater smoke?

If you are being affected by wood heater smoke in your local area, the Environment Protection Agency (EPA) suggests trying to resolve any issues with your neighbours directly. If this doesn’t work, contact your local council for help to resolve the issue.

Overall, there are a lot of things in the world – even naturally occurring – which are carcinogenic or harmful to your health. Now you are aware of some of the issues that can be found in our homes, you can proceed with caution and do your best to protect the health of yourself and those around you. 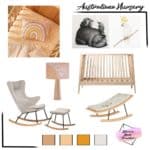 How to set up a nursery – checklist for a new parent

Are you expecting a baby or know someone who is and are... 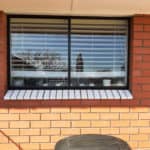 If you are looking to improve your façade or interior, a relatively... 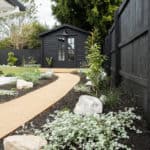 To set the scene: you and your family are all working from... 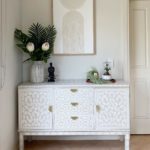 When Nicole Herrick (@nicoleherrickdiy) decided to upcycle this vintage sideboard she got...

Share this ArticleLike this article? Email it to a friend!
Email sent!